Be sure to visit our new Facebook page, if you haven't already.
To become a member of ALFF simply click on the "Like" button when you arrive at the page.
Be sure to invite all your Fairyland friends, too!
We look forward to seeing you there!
http://tinyurl.com/NEW-ALFF-FANPAGE
Please Note: ALFF is ONLY a Fan Club hosted by volunteers who have researched the Fairyland game to help YOU play
smarter, and not harder. We are not affiliated with the game or its developer. 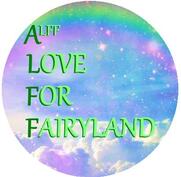 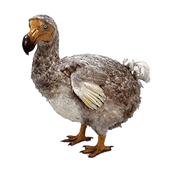 However the extinct wildlife are not attracted until their own section of the Pole has been painted, and you can only do this by levelling up in Fairyland Quests...

Pyrenean Ibex Declared Extinct in 2000
The last Pyrenean ibex, a 13-year-old female that scientists named Celia, was found mortally wounded in northern Spain on January 6, 2000, having been trapped beneath a fallen tree.  While the exact cause of the Pyrenean ibex's extinction is unknown, scientists hypothesize that a number of different factors contributed to the decline of the species, including poaching, disease, and the inability to compete with other domestic and wild ungulates for food and habitat.

The agile Pyrenean ibex inhabited rocky mountainsides and cliffs interspersed with scrub vegetation and small pines.
It was also known by the Spanish common name bucardo and was one of the four subspecies of wild goat to inhabit the Iberian Peninsula.
The other species include the Western Spanish (Gredos) ibex and Southeastern Spanish (Beceite) ibex, which are both currently living,
and the extinct Portuguese ibex.  The Pyrenean ibex had greyish brown fur that grew thicker in winter.  Males had striking black coloring on their legs, neck, and face. Males also had large, thick, curving horns with ridges that deepened with age. Females' horns were much shorter and thinner.

Passenger Pigeon Declared Extinct 1914
The last reliable sighting of a wild Passenger Pigeon was in 1900, in Ohio, and the last specimen in captivity, named "Martha," died on September 1, 1914 (you can visit a memorial statue today at the Cincinnati Zoo).  Of all the extinct species that have ever lived on earth, the Passenger Pigeon had the most spectacular demise, plummeting from a population of billions to a population of exactly zero in less than a hundred years.

At the start of the 19th century, the Passenger Pigeon was the most common bird in North America, and possibly the entire world, with a population estimated at five billion or so individuals. However, these birds weren't evenly spread over the expanse of Mexico, Canada and the United States, but traversed the continent in enormous flocks that literally blocked out the sun and stretched for dozens (or even hundreds) of miles.
Hunting, in and of itself, could not have wiped out the Passenger Pigeon in such a short period of time. Equally (or even more) important was the destruction of North American forests to make room for American settlers bent on Manifest Destiny. Not only did deforestation deprive Passenger Pigeons of their accustomed nesting grounds, but when the birds ate the crops the settlers planted on cleared land, they were mowed down by the millions.

Western Black Rhino Declared Extinct in 2006
According to the International Union for Conservation of Nature, Africa’s Western Black Rrhino is now officially extinct.
After being a victim of increasingly devastating poaching and seeing little to no conservation efforts, the species is now gone, and others – including
the northern white rhino and Asia’s Javan rhino – are expected to swiftly follow unless efforts to stop the senseless killing of them prevail.
The black rhino had not been seen in West Africa since 2006, and had been on the IUCN’s Red List of Threatened Species since then.

The Great Auk Went Extinct in the Mid-19th Century
The extinction of the Great Auk (genus name Pinguinus) was a long, drawn-out affair; human settlers started munching on this ten-pound bird about 2,000 years ago, but the last surviving specimens only went extinct in the mid-19th century. Once a common sight on the shores and islands of the North Atlantic, including Canada, Iceland, Greenland and parts of Scandinavia, the Great Auk had a sadly familiar failing: having never seen human beings before, it didn't know enough to run away from them rather than waddle up and try to make friends.

Sabre-Toothed Cat Extinct Over 10,000 Years Ago
The Saber-Tooth Cat (Tiger) (aka Smilodon) wasn't technically a tiger, and it went extinct at the cusp of the historical era, about 10,000 years ago.
Still, given its enduring place in the popular imagination, Smilodon at least merits a mention: this was one of the most dangerous predators of the Pleistocene epoch, capable of sinking its canines into large megafauna mammals and cruelly waiting nearby as its victims bled to death.As intimidating as it was, though, Smilodon was no match for early Homo sapiens, who hunted it to extinction shortly after the last Ice Age.

Moa Went Extinct Over 200 Years Ago
Dinornis (Greek for "terrible bird"); pronounced die-NOR-niss; also known as the Giant Moa
You might think a 12-foot-tall, 600-pound bird would be well-equipped to withstand the depredations of human hunters.
Unfortunately, the Giant Moa was also cursed with an unusually small brain for its size, and spent countless eons in a New Zealand habitat
completely devoid of any predators. When the first humans arrived on New Zealand, they not only speared and roasted this enormous bird,
but they also stole its eggs, one of which could presumably provide a breakfast buffet for an entire village.
The last Giant Moa sighting was well over 200 years ago.

The Last Woolly Mammoths Went Extinct 4,000 Years Ago
As massive as they were (about 13 feet long and five to seven tons), Woolly Mammoths figured on the lunch menu of early humans, who coveted these beasts for their warm pelts (which could keep an entire family comfy at night) as well as their tasty meat.   In fact, there's an argument to be made that the patience, planning and cooperation required to bring down a single Woolly Mammoth went a long way toward advancing human civilization!
By the end of the last Ice Age, about 10,000 years ago, pretty much all the world's Mammoths had succumbed to climate change and human predation.
The exception was a small population of Woolly Mammoths that lived on Wrangel Island, off the coast of Siberia, until 1700 B.C.
Since they subsisted on limited resources, Wrangel Island Mammoths were much smaller than their Woolly relatives, and are often referred to as Dwarf Elephants.
Information courtesy of   http://dinosaurs.about.com/od/otherprehistoriclife/ss/10-Facts-About-the-Woolly-Mammoth.htm#showall

The Dodo Bird Went Extinct 300 Years Ago
Some time during the Pleistocene epoch, a badly lost flock of pigeons landed on the Indian Ocean island of Mauritius, located about 700 miles east of Madagascar. The pigeons prospered in this new environment, evolving over hundreds of thousands of years into the flightless, three-foot-tall, 50-pound Dodo Bird-- which was probably first glimpsed by human beings when Dutch settlers landed on Mauritius in 1598.
Less than 75 years later, the Dodo was completely extinct; the last confirmed sighting of this hapless bird was in 1662.
The Dodo Bird disappeared so quickly off the face of the earth, 300 years ago, that it has become the poster bird for extinction:
perhaps you've heard the popular expression "as dead as a dodo." As sudden and swift as the Dodo's demise was, though, this unfortunate birds holds
important lessons for endangered animals that are just barely avoiding extinction in the present day.
Information courtesy of   ﻿http://dinosaurs.about.com/od/dinosaurextinction/ss/10-Facts-About-the-Extinct-Dodo-Bird.htm#showall﻿

Please note:
All wildlife images used are distorted at the request of the developer of the Fairyland game application.
He wants everyone to have the fun of seeing everything for the first time  by playing and spotting the wildlife on their own
and when they already get to see everything upfront, he believes that it ruins some of the fun~
~ ALFF Admins ~ 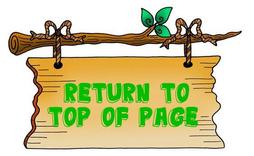